In 2022, Tobacco Control celebrates 30 years of publication. When the journal launched in 1992 with Ron Davis as Editor-in-Chief, it was the only peer-reviewed journal dedicated to studying the nature and extent of tobacco use worldwide; the effects of tobacco use on health, the economy, the environment and society; the efforts of the health community and health advocates to prevent and control tobacco use; and the activities of the tobacco industry and its allies to promote tobacco use. It remains true to these aims today.
Since the first issue in March 1992, papers published in the journal have contributed to furthering the innovative policy aimed at reducing the many harms caused by tobacco products and ending the global tobacco disease pandemic. The journal has fostered dialogue, debate, cooperation and cohesion among individuals and organisations working in the field, and influenced policy discourse internationally. 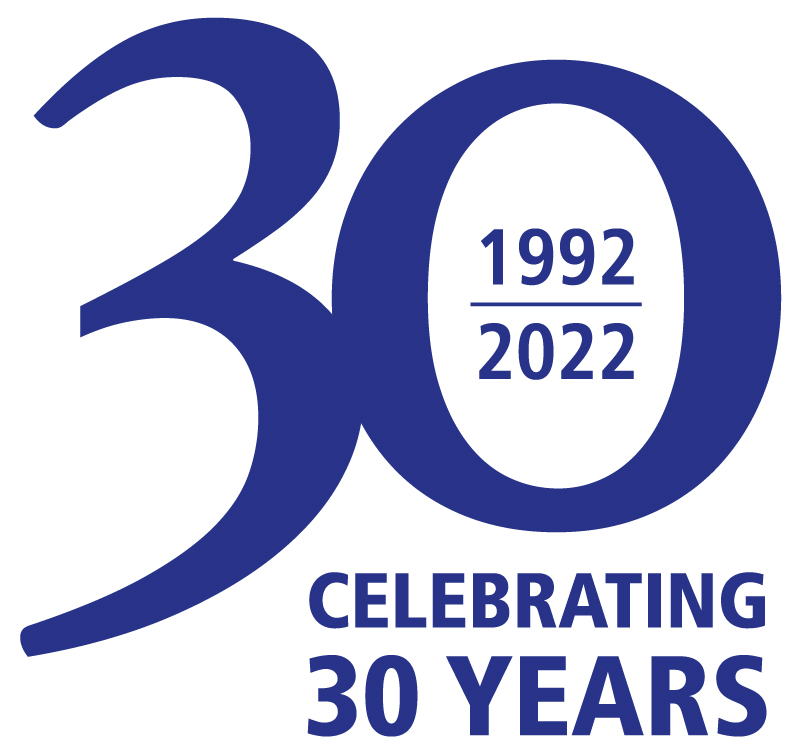 To mark the journal’s anniversary a 30th anniversary special issue brings together leading thinkers in the field to review and to reflect on 30 years of progress and consider current and future challenges. We are also taking the opportunity to look back at the milestone achievements and highlights that have maintained Tobacco Control as the leading journal in the field.
We will continue to celebrate the journal’s achievements during the course of 2022.
Join us on Tobacco Control’s social channels using #TobaccoControl30Years as we commemorate this significant anniversary.

Read Tobacco Control‘s 30th Anniversary special issue. All the content in the issue is free to access. 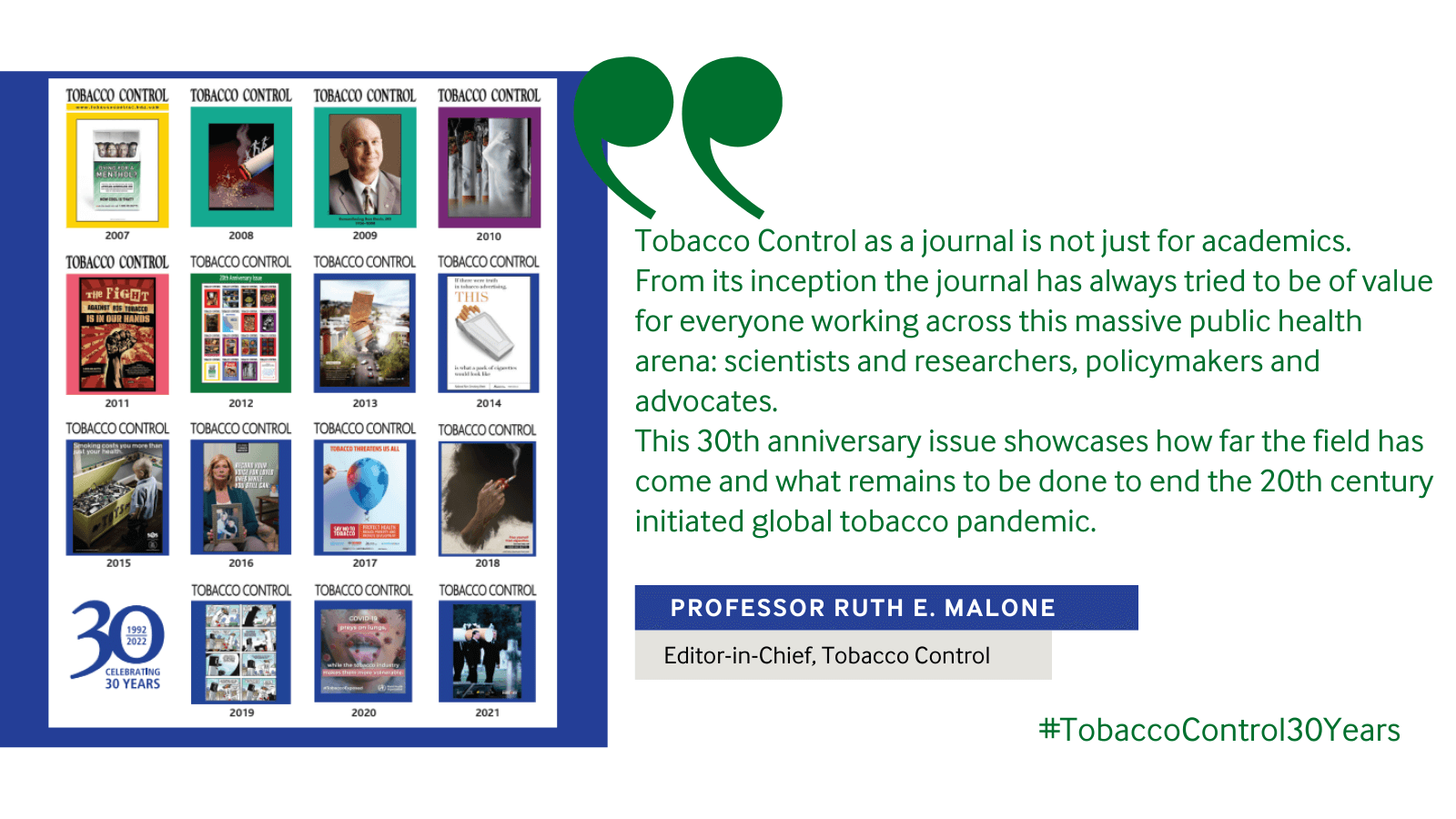 Here’s looking back at the journal’s 30 year journey and remembering the major milestones that the journal has achieved. 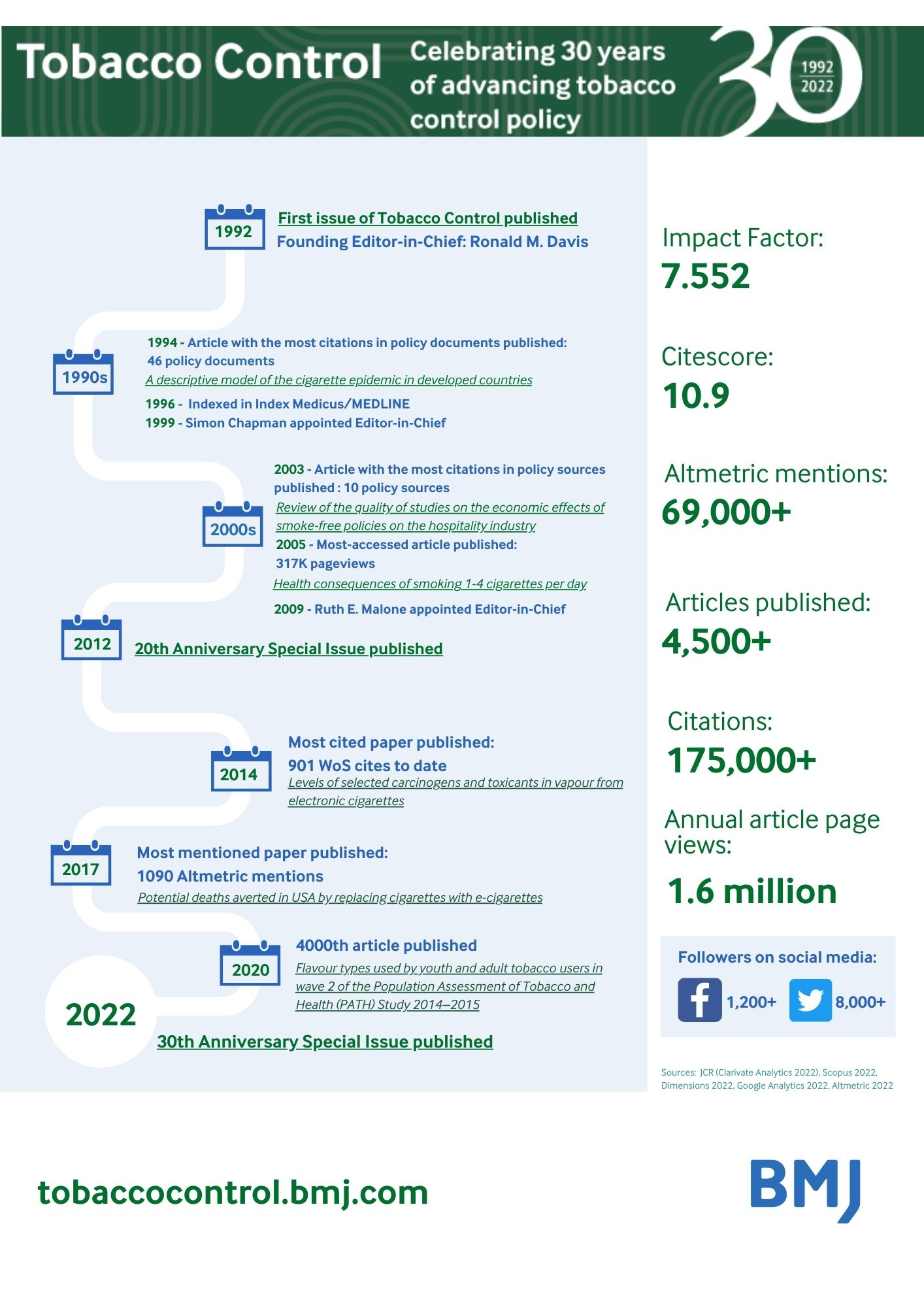 Meet the Editor-in-Chief of Tobacco Control and find out what it is like to manage the journal, where the journal is headed over the next few years and what she looks for in a submitted manuscript. 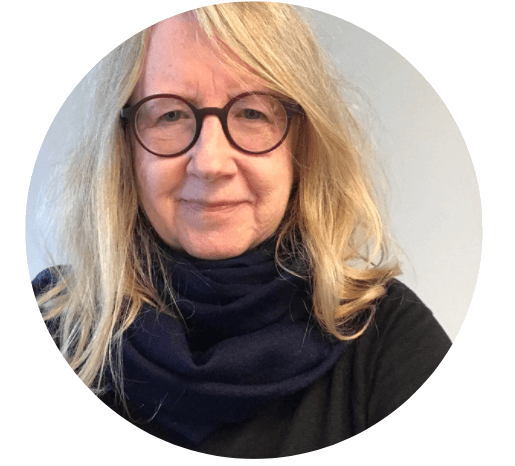 We have collated a list of our most cited and highly accessed articles of the last few years.